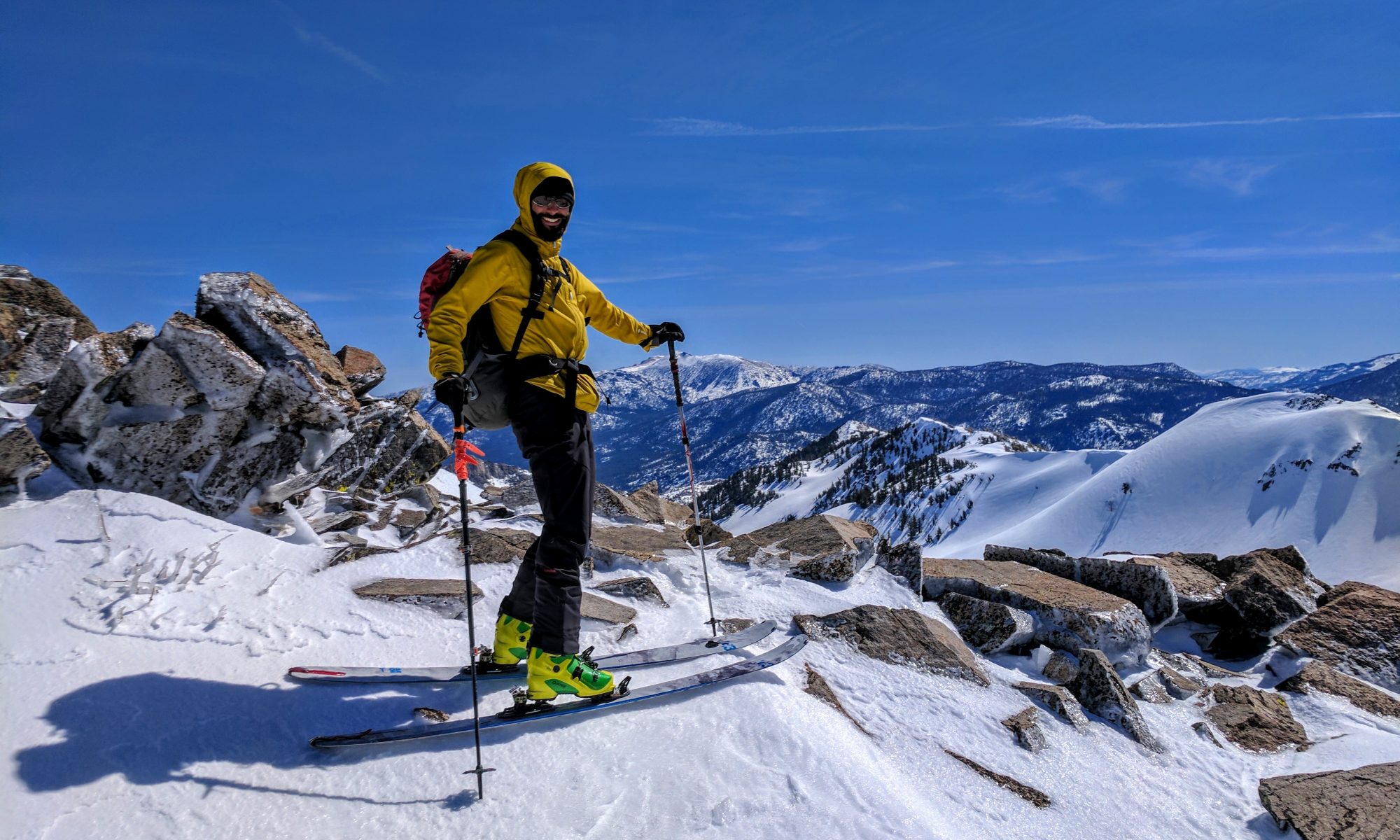 Finally, some more time skiing in the backcountry!

Given that this was the biggest winter in Tahoe history, I’m a bit ashamed to state that I’ve only gotten out into the “backcountry” once since my last skiing post. On February 26th, my roommate Maura and I skied up Angora Ridge near my house. This was mostly jut to “try out” backcountry skiing and get her some experience with Avalanche skills/gear (shovel, probe, beacon, and decision making). It was a short ski but a fun morning.

On April 1st, I teamed up with a new friend who’s supposedly thinking about moving to town – Brian – to ski Mt. Ralston off of highway 50 west of Tahoe. We got started a little after 7:00am and it was ICY. Were having problems with our climbing skins gripping anything steep and were even sliding back periodically. The goal was to go up while it was cold and try to time the descent to have good spring conditions as the day warmed.

We reached the summit around 10:30am and decided to hang out for a bit. We signed the summit register, took a lot of photos, and had some food. On this trip I also learned about Brian’s ritual of bringing a “summit beer” (not the cheap stuff!)

I think we spent about 2 hours at the top before deciding that the snow should be soft enough for a good ride back down. The descent was fairly uneventful with decent snow – I think we probably waited a little too long. Thanks to the above average snow cover we were able to ski all the way back to the car even in April!